Stoke-on-Trent allocated £647,599 to support domestic abuse victims and their children 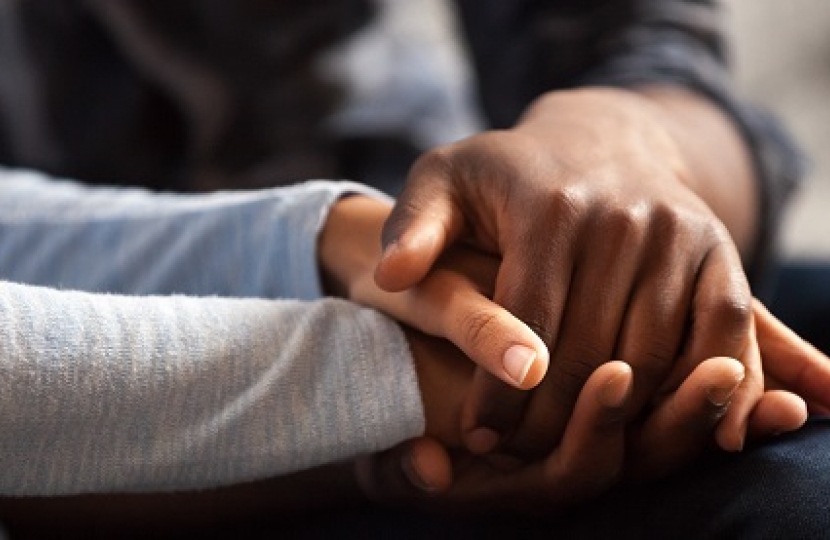 Funding will help ensure victims and their children who need it are able to access life-saving support in safe accommodation.

Stoke-on-Trent Council have been allocated £647,599 funding to provide support for victims of domestic abuse and their children, Minister for Rough Sleeping and Housing Eddie Hughes announced today.

The funding will help ensure victims and their children who need it are able to access life-saving support such as therapy, advocacy and counselling in safe accommodation, including refuges.

The money will fund a new duty on councils to ensure victims and their children are able to access life-saving support in safe accommodation – a key part of the government’s landmark Domestic Abuse Bill.

The duty will come into effect later this year, subject to the Domestic Abuse Bill becoming law.

This is part of a wider package of support for victims of rape and domestic abuse, with a £40 million funding boost for victim support services announced last week.

The government has taken action to help the most vulnerable in society during the pandemic, with an unprecedented £76 million pledged in May to ensure vital services including refuges, helplines and counselling remain accessible.

“Domestic abuse is a devastating crime that ruins lives, which is why this Conservative Government’s commitment to empowering and protecting victims is so important.

“The £647,599 announced today for Stoke-on-Trent Council will ensure that anyone who needs to access safe accommodation and the support services they need to recover and rebuild their lives will be able to do so, and is part of a wider package of support we have put in place for victims of rape and domestic abuse.

“In taking another big step towards helping break the cycle of domestic abuse and protecting some of the most vulnerable in our society, we are transforming our response to victims and will help them move forward with their lives."

Domestic abuse is a heinous crime which threatens the lives of victims in their own homes where they should feel safe. So it’s right that we’re giving victims support in safe accommodation and providing councils with money to deliver essential services that will help them and their children rebuild their lives.

This is part of a long-term strategy to provide broader support for domestic abuse victims both in safe accommodation like refuges, and in their own homes.

The funding has been allocated following consultation and is in addition to £6 million given last year to help councils prepare for the duty.

The Domestic Abuse Bill is a landmark piece of legislation that will transform our response to victims in every region in England and Wales and help bring perpetrators to justice.

This funding for local authorities will ensure victims of domestic abuse and their children are able to access safe accommodation, a crucial step in supporting them to recover and rebuild their lives. This forms a key part of the Bill’s aim to empower and protect victims and survivors.

Throughout the pandemic, the government has invested millions in ensuring that vital support services remain accessible, and has launched the ‘Ask for ANI’ codeword scheme which is already helping victims of domestic abuse access much needed support from thousands of pharmacies across the UK.

Domestic abuse is a terrible crime and tackling the issue remains a priority for the County Council and our partners. We recognise the significant impact it has on not only victims but their wider families too.

Today’s announcement is welcome and means that victims of domestic abuse and their families can access the specialist support they need. This includes getting access to life-saving help such as therapy, advocacy and counselling, all in safe accommodation. The funding will also give our local refuge providers some financial security for the coming year.

We will continue to work closely with local organisations and charities from across the county and our partners including Staffordshire Police, Staffordshire Fire & Crime Commissioner, district and borough councils and the NHS, to help break the cycle of domestic abuse.

Originally announced in the Spending Review, the £125 million is another big step towards tackling domestic abuse, ensuring victims are given safe accommodation and support to help them recover and rebuild their lives.

Last month the government launched the ‘Ask for ANI’ codeword scheme, which provides victims of domestic abuse access to immediate help from the police or other support services from their local pharmacy. The scheme is available nationwide in all Boots pharmacies – of which there are approximately 2,300 stores – and almost 300 independent pharmacies.

On 14 January 2021 the Home Office announced the ‘Ask for ANI’ scheme which provides victims of domestic abuse access to immediate help.

On 1 February 2021 the Ministry of Justice announced an additional £40 million to support charities that work with victims of domestic abuse and sexual violence.

MHCLG has carefully considered all responses to the consultation on how to allocate this new burden funding to local authorities and has published a full government response, including a breakdown of individual local authority allocations.

I'm disappointed to hear the Council have issued a new temporary road closure notice at Boatman Drive in Etruria, which could last a further 18 months.