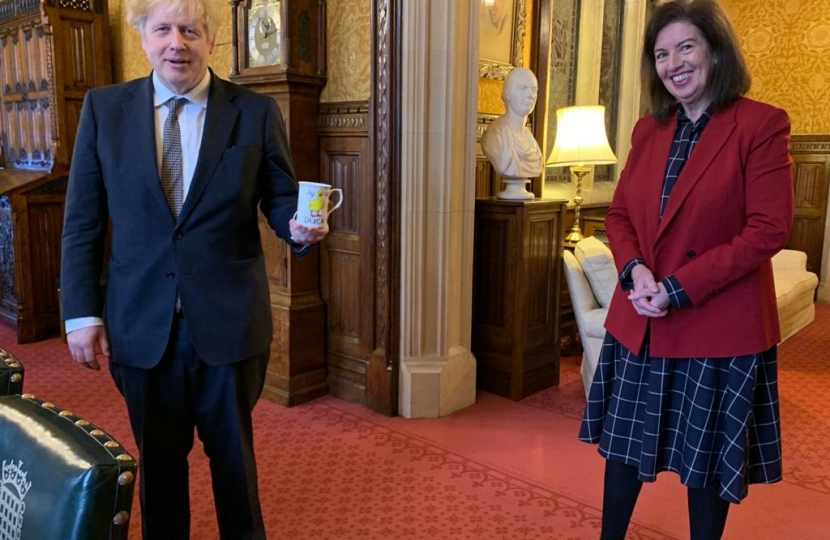 In October, the Prime Minister, Boris Johnson agreed to Stoke-on-Trent Central MP, Jo Gideon’s request to take part in a ‘Virtual Tour; of the constituency during Prime Minister’s Questions (PMQs).

Gideon asked the Prime Minister: “I know the Prime Minister is committed to doubling down on levelling up. Will he join me on a virtual tour of Stoke-on-Trent Central and a round table with key partners focused on delivering for the left behind?”

With the Prime Minister confirming that this was an “easy commitment to make”, Gideon approached Stoke College’s Head of Learning, Andrew Davenne with the unique opportunity.

Throughout the process, students have gained work-experience which will contribute toward their official academic record.

The Virtual Tour, which has been filmed, edited and produced by the Students has been presented to the Prime Minister ahead of a roundtable discussion, with local industry and businesses leaders, and hosted by Jo Gideon MP.

“I’m delighted we’ve been able to involve the very talented Media Students at Stoke-on-Trent College in the process of creating a Virtual Tour of Stoke-on-Trent Central. The insight into our community was a fantastic insight for the Prime Minister who I look forward to welcoming in-person as soon as possible.

“The students produced an excellent film and should be very proud of their hard work. I am grateful to the College Staff for their exceptional efforts in guiding the students throughout this process.

“I remain absolutely committed to raising the profile of Stoke-Central, and to drawing attention to the need for investment in our community to address some of the challenges we face.”

“ Jo Gideon has just taken me on a fantastic virtual tour of Stoke that she commissioned from the brilliant students at Stoke. It shows all the history of that incredible city but also the future of the Stoke economy and it's going to go gangbusters.”

“The media team at Stoke-on-Trent College are grateful for the fantastic opportunity given to us by Jo Gideon MP to produce a tour video on her behalf to present to PM Boris Johnson.

“The students worked tremendously hard planning and travelling to various locations to film for this project and worked professionally and enthusiastically.

The brief gave the students an insight into the industry and the opportunity to support and represent their local areas. It was especially challenging during the current circumstances. We are very proud of the outcome and the hard work put in by the students. We would like to thank Lucideon and Emma Bridgewater for their support and contributions.”