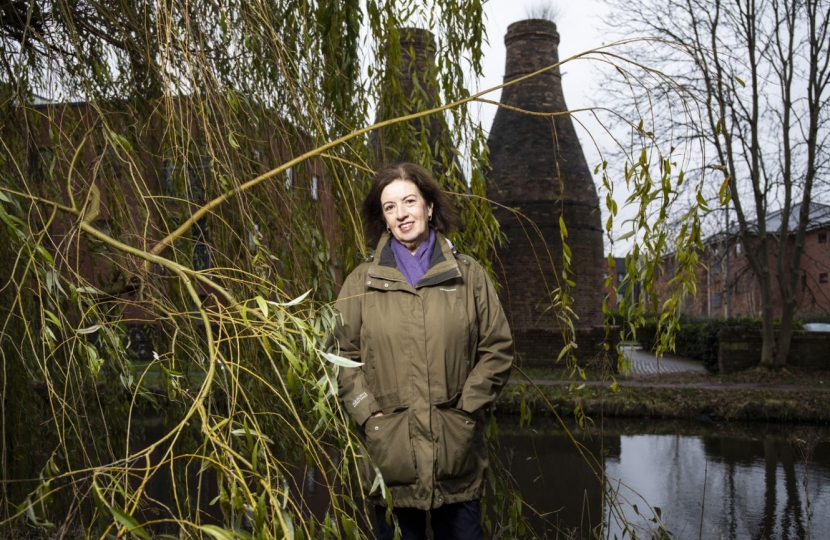 'New laws on domestic violence will save lives'

We owe a huge debt to the brilliant Domestic Abuse charities that have worked tirelessly during the pandemic. In understanding the effect of lockdown, I had the privilege to speak with two local charities: Glow, a Domestic Abuse support service; and Savana - a specialist sexual abuse and rape service. Sadly, they told me that victims and survivors had reported escalating abuse, both physical and psychological.

Lockdown has inevitably intensified the pressure for victims; with support networks and safe, outdoor recreational space abruptly taken away: so, I am glad that a number of bus shelters on main roads are currently carrying posters targeting the scourge of domestic abuse in lockdown and highlighting the help available.  Victims are not alone in Stoke-on-Trent, and the issue is out in the open for all to see.

Even for those victims and survivors no longer living with their abuser, lockdown has brought back feelings of being trapped, just as they were used to feeling free. The support network they had built was suddenly inaccessible as they were isolated at home. One survivor described feeling she was waiting for her abuser to turn up and kick the door down, given he would now know where she was 24/7.

Recently a young mother wrote to me about her experience of domestic abuse: a harrowing account of being let down by the State since childhood. Despite her suffering and her fight to protect her child and her own mental health, she contacted me, not to blame individuals in the system that had let her down so badly, but to ask that the system be changed. I am delighted that the Domestic Abuse Bill does just that:

I want to praise the producers for raising awareness of the issue, and in doing so through a more mature character. No-one is immune to this crime; victims come from all ages and all backgrounds.

It is also important to note that while the majority of victims are women, many men are also victims, and domestic violence in the LBGT+ community is rising.

Leaving an unsafe home environment is often not easy or the right solution.  Victims could be at even greater risk by leaving if they have limited access to support – which is why improved support is so very much needed.

Children are often a reason for staying home; children too see, hear, and experience the effects of domestic abuse. And children have felt the effects of lockdown on abuse too – its smothering immediacy, its difficulty to escape.

It is essential that no child is overlooked. Special measures, such as the screening of the witness from the accused and the ability to give evidence via live link will contribute to the ability of victims to speak freely and without intimidation. It also bans cross-examination by perpetrators of domestic abuse in family courts. Abusive ex-partners repeatedly dragging a victim back to court has contributed to enduring psychological trauma for victims.

Specialist refuges play a crucial role, so I welcome that there will now be a statutory duty for Councils to deliver a ‘needs analysis’ and sufficient accommodation accordingly. Domestic Abuse victims will finally be recognised as a ‘priority’, a huge step for victim support.

I got into politics to give a voice to those who may have been forgotten or let down by the system.  The Domestic Abuse Bill provides victims of domestic abuse with greater rights and protections; it improves safeguarding for children and survivors and calls on a range of statutory bodies to take on more responsibility: educating the young about abuse, funding more refuges and identifying potential victims. This Bill will save lives and it was truly heart-warming to see it receive cross-party support in Parliament, seeking to protect the most vulnerable in our communities.