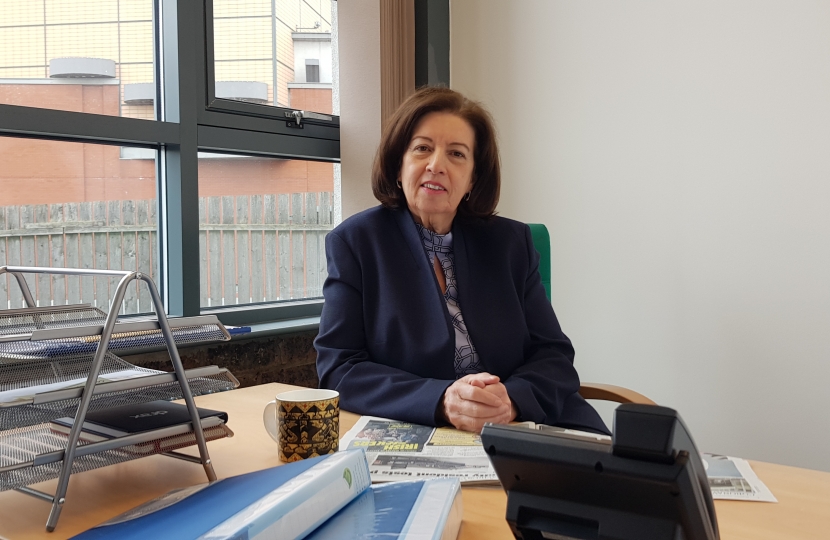 Why we all have to work together to end violence against women and girls.

The events surrounding Sarah Everard’s death last month sent shockwaves across the country. What began as a disappearance soon transpired into a desperate search and what would be a worst nightmare lived out in real-time for most of us. As more details about the case emerged, a particularly emotional chord was struck among women and girls, with many relaying experiences of being made to feel intimidated or scared when walking alone after dark. Sarah Everard could have been any woman, any daughter, or granddaughter. In a world where women are told not to walk in isolated areas at night and carry keys between knuckles to use for self-defence, Sarah did everything ‘right’. And yet, she was still targeted, abducted, and murdered, with a likely motivating factor being her gender.

When the #MeToo moment rose to prominence in the autumn of 2017, it opened a wider discussion about how normalised violence against women had become, especially in sexual contexts. As an ever-growing number of women called out abusers and rapists, it almost felt as if we were coming to terms with the scourge of gender-based violence as a society. Three years on, this is now clearly not the case. While important conversations are being had, we are not seeing the societal changes that would really matter and make a difference to so many of us.

Therefore the conversations that ensued and experiences that were shared following Sarah Everard’s case started to fill me with the hope that raising awareness of these everyday experiences of women and girls would benefit in moving this important conversation forward and finding some lasting changes. However, while it is clear legislating and educating against rape and assault does not stop those otherwise intent on committing such crimes, at least this is a conversation being had in the open and no longer seen as taboo.

Sadly, as has become a worrying feature of modern-day politics, Sarah Everard’s death has become increasingly politicised and exploited by those seeking to further their political agendas. I was particularly stunned when the Labour Party put out a tweet that reduced Sarah’s case and those of other victims of rape so significantly by claiming that under the Conservatives, ‘rape has been effectively decriminalised’. For the sake of a cheap point-score, her case and the narrative had been twisted into a separation along party political lines at the expense of victims who, if they were to believe the message, may feel less obliged to report such crimes when reporting is already far too low. While the claim was not only simply untrue, it was incredibly irresponsible. The positive public conversations seemed to almost immediately die down and once again turned into an ‘us versus them’ narrative. Sarah Everard’s death had officially become politicised, and we heard very little about her ever since.

With equality enshrined in law, it would be easy to argue that we have addressed the problem as a society. This is reinforced by our electing two female Prime Ministers and recognising how women have risen to some of the highest ranks in our public services. However, if violence in words and actions against women remains accepted and unchallenged, these arguments are meaningless.

Every day, women face levels of sexism that men would never have to. How we speak, how we dress, and the minutiae of how we conduct ourselves is constantly being scrutinised and commented on in an entirely unwarranted manner. Would a man’s choice of shoes ever be headline-worthy? Apparently, Theresa May’s were throughout her time as Prime Minister. I remember as particularly shocking the comparison of Theresa May and Nicola Sturgeon’s legs, billed on the front page in the Daily Mail as “Never mind Brexit, who won Legs-it!”

Most women have experienced some level of sexual harassment in their lifetime. Catcalling on the street, groping in clubs, and unwanted covert filming in gyms are all familiar. More often than not, when these or even more severe attacks are reported, no action is taken.

We are all responsible for each other’s safety and wellbeing. Even as individuals, we can play a powerful role in setting the mood and tone for what is and is not acceptable at home, in our workplaces, and among our friends. As we emerge from a pandemic that has made everyone aware of the need for more kindness, consideration and compassion in the world, we must transcend partisan politics to tackle violence against women and girls while not forgetting men and boys who also face similar challenges.

I was delighted to receive a certificate of achievement for Stoke-on-Trent Central highlighting the events held across the constituency during UK Parliament Week 2020.