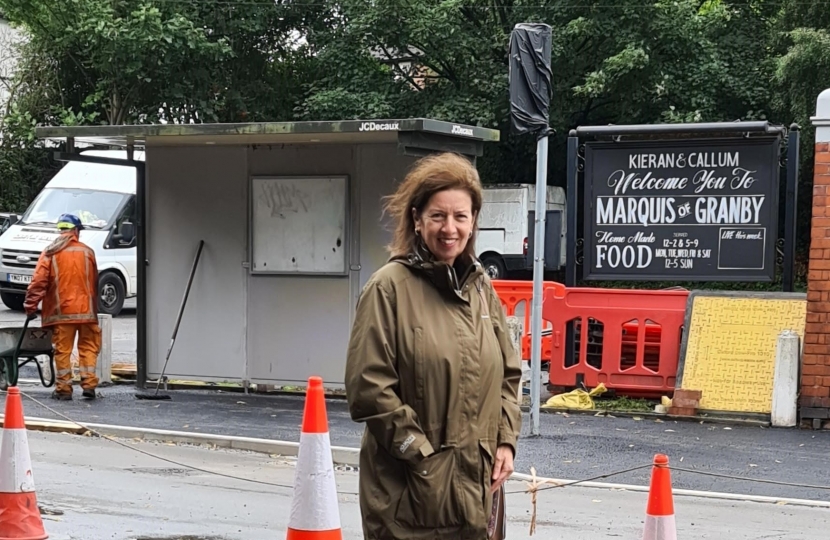 This morning, I spent time in Penkhull and Hartshill completing a ward walk around the area.

It was great to see the new bus shelter being worked on by Stoke-on-Trent City Council, which is being installed after I raised the issue with the Council on behalf of residents who had been in touch to ask me to look into the lack of a shelter.

The new shelter has been added by the Marquis of Granby pub at the top of Newcastle Lane.

The Council have also agreed to look into the possibility of adding a bus shelter on the opposite side of the road in the near future too.

It was great to have Conservatives Chairman Amanda Milling join us on Saturday morning for our litter pick in Milton Park.

We'll be organising more community litter picks around the area in the near future - further details soon!