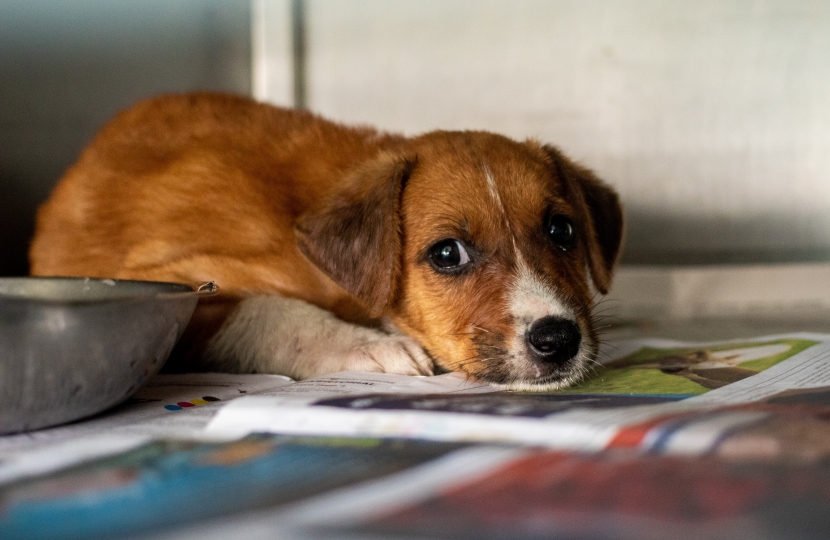 Stoke-on-Trent Central MP, Jo Gideon recently spoke out in favour of proposed changes to the Animal Welfare Bill, which would see maximum sentences for anyone abusing animals increased from six months to five years imprisonment.

Commenting in support of the Bill, Jo Gideon MP said:

"Earlier this year a Staffordshire terrier called Snoop was found abandoned on a railway track in Stoke for the fourth time in as many weeks.

"Snoop’s overgrown nails, yellow stomach and emaciated paws were evidence that his owners, or rather, abusers, had been keeping him in a cage his entire life.

"Luckily, in his case, the local North Staffordshire RSPCA branch, who have been investigating the case, caught the culprit dumping Snoop under a bridge on the A527 on CCTV.

"I am grateful to the excellent RSPCA centre in Staffordshire who have helped Snoop’s recovery from his lifelong ordeal and he is still being trained and reconditioned in preparation for being rehomed.

"It is abundantly clear to me, and to most of my constituents in Stoke-on-Trent Central, that a maximum sentence of six months is not long enough by any stretch of the imagination as punishment for often lifelong ordeals of abuse, violence, cruelty and torture to these poor animals.”