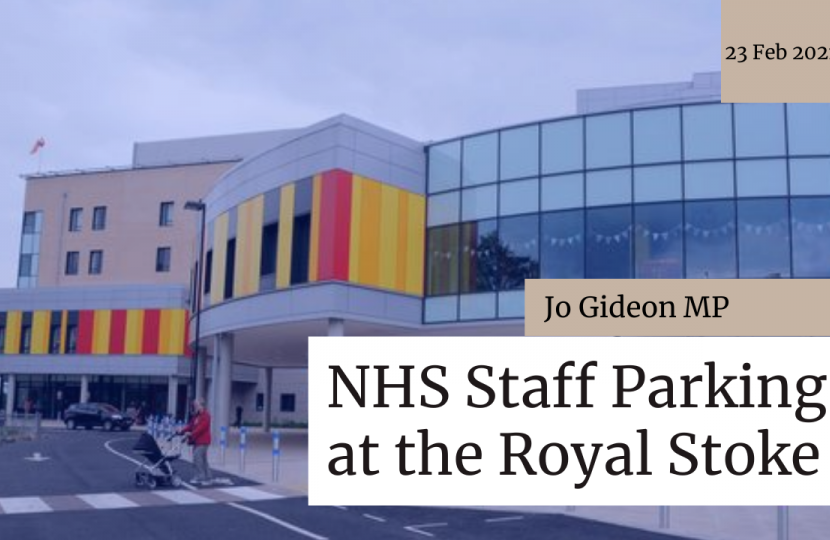 The plans have been drawn up by University Hospital of North Midlands NHS Trust as part of a £30 million project.

On Tuesday, Jo Gideon, the Member of Parliament for Stoke-on-Trent Central raised in the Chamber the need for reassurance of investment in NHS staff car parking facilities at the Royal Stoke University Hospital.

Gideon has been working with University Hospitals of North Midlands NHS Trust (UHNM) to secure Government funding for additional staff parking to unlock the re-development of the old Royal Infirmary Site – an exciting project for the city of Stoke, called project STAR.

However, in 2014 the Trust secured planning permission to demolish dilapidated and disused buildings on the site and the development of up to 236 new homes and up retail space.  Last year (2020), the Trust received the necessary funding to undertake the demolition work on the old Royal Infirmary site, and this is now proceeding at pace.

With the demolition of this unused site underway, hospital staff are in very real need for the UHNM Trust’s proposed plans for a multi-storey car park to come to fruition.

An ideal site for this new car park has been identified right next to the Royal Stoke University Hospital, and the Trust is now in the process of acquiring this site.  It would be the perfect location for a staff car park, but the Trust needs around £30m to build this new facility.

Following Gideon’s question in the Chamber, the three MPs for Stoke-on-Trent and the MP for Newcastle-under-Lyme have written to the Minister of State for Health, Edward Argar.

“This is a worthy project providing much-needed investment for additional staff car parking facilities at the Royal Stoke University Hospital so support our wonderful NHS staff and unlock this hugely important regeneration project for Stoke-on-Trent.

“I am grateful to the Minister for his reassurance that the application for emergency funding for the car park has been received and is currently under review.”

As we leave behind what has been a difficult Winter for so many, we can look towards the Spring and Summer months where I am confident, and I hope you would agree with me, that things are looking up!