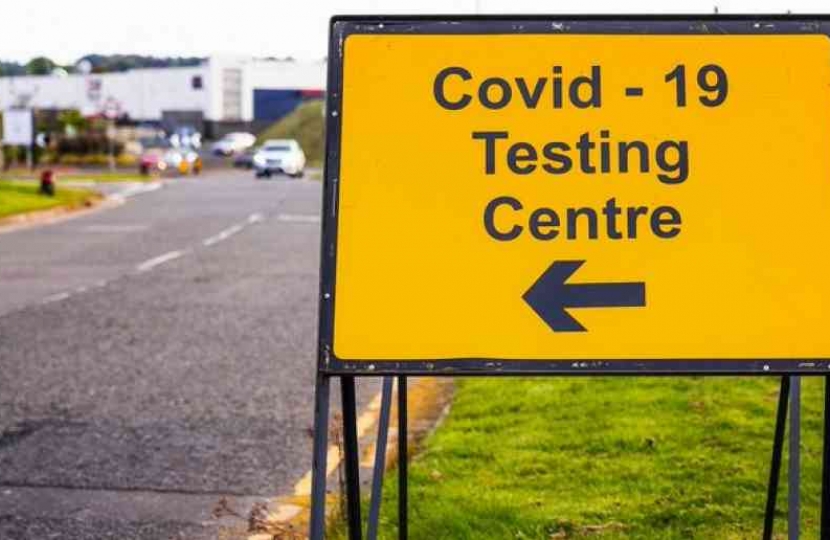 More than 1.6 million rapid-turnaround lateral flow tests will be deployed immediately for use this month in the first wave of areas currently in Tier 3 across England – including in Stoke-on-Trent.

Over 100 local authorities are currently engaged with the programme, which run for a minimum of 6 weeks, with more Tier 3 rollouts due to begin over the coming weeks and into the new year.

Community testing builds on the 1.5 million rapid-turnaround testing kits that have been delivered to 90 local authorities across all levels of tier restrictions, expanding the capacity for asymptomatic testing.

Proactively testing asymptomatic individuals will help identify those who unknowingly have the virus, breaking the chains of transmission in communities where infections are highest and offer a route out for those areas living under the toughest restrictions as we work to keep the virus under control.

“While we continue to make fantastic progress on the rollout of a vaccine, we cannot afford to become complacent about the threat of coronavirus, which continues to remain a real danger within our communities.

“Community testing is one of the most powerful tools we have to break the chain of transmission and drive down the infection rate in areas like mine where the virus remains prevalent, and I would encourage everyone in Stoke-on-Trent to get tested so together we can keep the virus under control.

“I am really pleased to announce the first areas embarking on enhanced community testing programmes - after the successful work in Liverpool. With one in three people with coronavirus showing no symptoms, increased community testing is a vital additional tool at our disposal to help identify those who are infected and infectious, but unaware that they might be spreading the disease.

“Community testing will be very important in helping the areas where levels of the virus are highest to drive down infection rates and ultimately will help areas ease tougher restrictions.

“This is just the start, and we are working quickly to roll out community testing more widely as soon as more local teams are ready. I urge all those living in areas where community testing is offered to come forward and get tested.”

This page has been designed to provide up-to-date information, guidance and advice with regards to Coronavirus (COVID-19).

If you need medical help, please use the 111 online coronavirus service.