Clean air is a basic need not a luxury 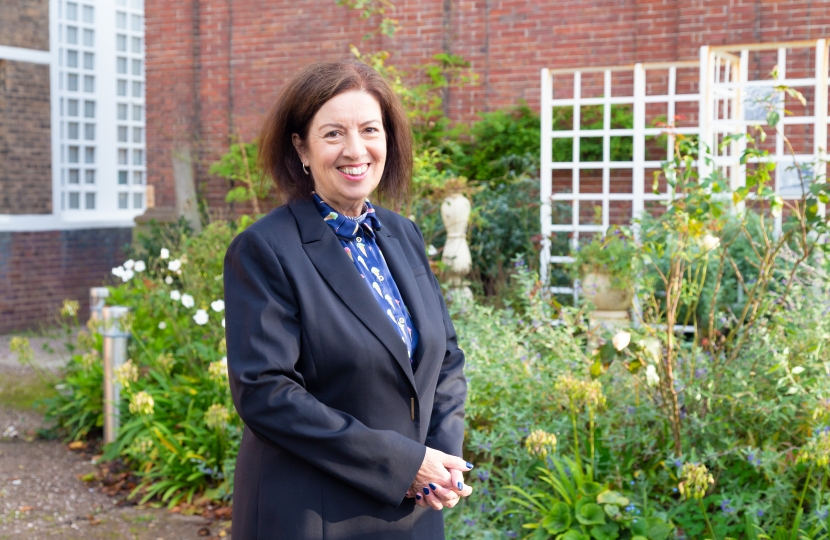 This year, the connection between our health and the environment has never been clearer. We have seen how wildlife trafficking and habitat loss are making animal-borne diseases like Covid-19 more likely. The cleaner air during the lockdown has also made us more cognizant of the harmful impact of traffic fumes. So it is timely that the Environment Bill is returning to Parliament soon, requiring the government to set targets for improving our environment, including the reduction of fine particulate matter (PM2.5) – the most harmful type of air pollution. But ambitious targets must be backed up by action to make it easier for people to choose cleaner forms of transport, such as electric cars or cycling.

Clean air should be seen as a basic need, not a luxury. In the UK, air pollution is the leading environmental risk to our health, and is responsible for between 28,000 and 36,000 premature deaths each year. Public Health England’s conservative estimate of the cost of air pollution to our NHS and social care system in 2017 was £42.88 million, of which £41.2 million was due to PM2.5. This noxious pollutant is made up of tiny particles from fuel, tyres, brake discs and road dust. In the latest World Health Organisation report, 30 towns and cities in the UK exceeded the recommended limits on fine particulate matter, including my constituency of Stoke-on-Trent.

The public wants to see politicians taking action to clean up our air. Polling commissioned by the Conservative Environment Network (CEN) shows that 68 per cent of people in the West Midlands support the creation of car-free zones outside of schools during pick-up and drop-off time, even if this makes the school run less convenient. A majority are also in favour of the government offering incentives for people to change to an electric vehicle, as well as strengthening air pollution laws and investing in walking and cycling.

Accelerating the transition to electric vehicles and active travel will be key to building back cleaner air after Covid-19. Earlier this year, the UK launched a consultation to bring forward the phase-out date for the sale of new petrol and diesel cars to 2035, and I would urge the government to be even more ambitious by setting the date for 2030 if feasible in line with the Committee on Climate Change’s advice. Electric cars are becoming increasingly popular, with annual sales of new EVs expected to reach 200,000 by 2021, and in the most recent Budget I was pleased that the Chancellor extended the Plug-In Car Grant to help people with the purchase costs.

The mass adoption of electric vehicles will require a nationwide charge point network. A mixture of public grants and private partnerships have enabled some local authorities to install charge points, but uptake is far from universal. The government has made great strides in addressing this issue. Yet at the moment with just nine charging points in total – equating to one public charging point for every 268 local EVs – Stoke-on-Trent is one of the worst areas for EV charging in the country. There’s no shortage of ambition from our council to rectify this, provided they have central government support, however. That’s why I welcomed the £500 million funding announced in March to help the rollout of high-powered, open-access charge points.

The government is also supporting councils to create more walking and cycling infrastructure, with a £2 billion funding package and a new strategy for cycling and walking – setting an ambition for half of all journeys in towns and cities to be cycled or walked by 2030. The West Midlands is already seeing the benefits of this: the new Starley Network, funded in part by the government’s Emergency Active Travel Fund, will join together 500 miles of cycle routes across the region. In Stoke-on-Trent, we have 18 miles of canal pathways which offer a unique opportunity for cycling routes.

And of course, underpinning all of this, must be a world-leading target to tackle the toxic PM2.5, committing in the Environment Bill to achieving the World Health Organisation’s current air quality standards. This would once again demonstrate the government’s commitment to having higher environmental standards than the European Union after Brexit. Achieving this standard – which is feasible according to the government’s own study – would also deliver annual health benefits of £6.8 billion.

As with our net-zero target for greenhouse gas emissions, the UK would be the first major economy to make such a commitment, and it would complement our climate change target by encouraging the widespread uptake of electric forms of travel and heating.

Leaving the European Union presents us with a historic opportunity to create a healthier environment for ourselves and future generations. Let’s not waste it.