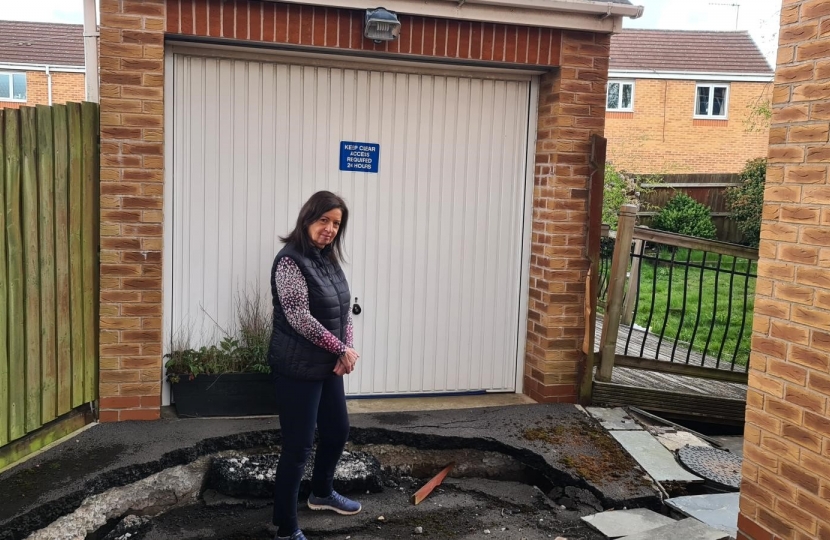 A Stoke-on-Trent MP has set up a meeting with the roads minister to discuss a sinkhole which has left 50 of her constituents cut off from their street for nearly two years.

The gaping depression in Boatman Drive, Etruria, means residents in the street, along with Boatman Walk and Waterlily Close, have no vehicular access to their homes.

Stoke-on-Trent Central MP Jo Gideon raised their plight in the House of Commons during transport questions, and she is now due to hold a meeting with roads minister Baroness Vere.

Stoke-on-Trent City Council closed the road to traffic for safety reasons in August 2019, and the authority remains locked in a dispute over the issue with developer Redrow.

The subsidence issue in Boatman Drive, believed to be caused by a void beneath the road surface, dates back to February 2018.

Ms Gideon told the Commons that she now wants the government's assistance in finally getting the matter resolved.

She said: "Fifty of my constituents in Boatman Drive, Etruria, have been unable to access the road to their homes for over a year due to a large sinkhole that has forced Stoke-on-Trent City Council to close the road to all vehicles, including emergency services.

"Many of the residents have been in contact with me. One, Mr Madadi, was offered a fantastic new employment opportunity but could not accept the offer as it required relocation, and his home could not be sold because of the sinkhole.

"Will the Minister meet me to help resolve this issue, which I am sure she will agree has been going on for far too long?"

She said: "I commend my honourable friend for raising that concern in the House and standing up for her constituents.

"I fully understand that this is a long-running issue involving several parties, including the water utility company and the housing developer. I completely share her and her constituents’ frustration.

"I would be delighted to ask my noble friend the roads minister, who deals with this, to meet her; she has already undertaken to do so."