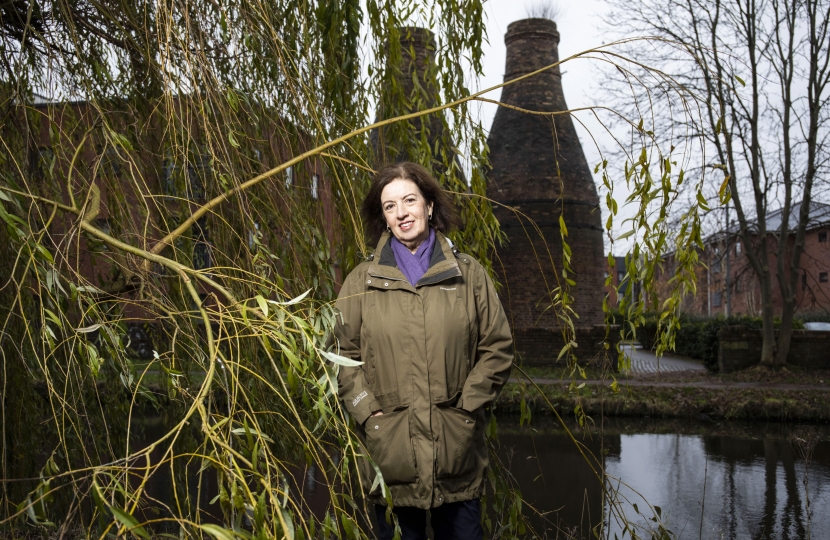 Jo has been the Member of Parliament for Stoke-on-Trent Central since 2019, and lives in Bucknall.

Since her election, Jo has worked tirelessly to secure the biggest investment in the area for decades. Government funding includes £56 million for levelling up projects such as the Goods Yard, £29 million for transforming the transport connections in the city, over £31 million for bus improvements as well as government support for local businesses and the public sector during Covid as well as support with energy costs to residents and businesses.

Major campaigns have included securing the emptying of Twyford House of 32,000 tonnes of industrial waste, fighting for button battery safety awareness and product reform, supporting residents to resolve the Boatman Drive sinkhole problems and calling for government to do more on improving our health through access to cheaper healthy food for all. She continually champions our local manufacturers, small businesses and charities as well as the voice of young people at Westminster.

Before entering Parliament Jo was a social entrepreneur, small business owner and worked in enterprise and innovation units at two universities.  She has been a district councillor for 13 years where she learned about grassroots politics. She has three grown-up children and three grandchildren. Jo’s father, Eric, served with the British Army in the Second World War and was awarded the Légion d'Honneur in recognition of his participation in D-Day shortly before his death in 2017. Her mother was a music teacher.

At Westminster Jo is Vice Chair of the 1922 Backbench Committee on Business, Energy and Industrial Strategy. She currently sits on a wide range of All-Party Parliamentary Groups, including Left Behind Neighbourhoods, Business Resilience, Entrepreneurship and Social Integration. Jo is Vice Chair of the BBC, Charities and Volunteering, UK Shared Prosperity Fund, Waterways and Women and Enterprise APPGs and Chair of the Ceramics, Social Enterprise and Youth Affairs APPGs.

She previously sat as the Vice Chair of the Business in a Pandemic (Covid) World APPG and from 2020 to 2022, sat as the Chair of the All-Party Parliamentary Group on the National Food Strategy where she listened to the wealth of evidence backing fundamental reforms to our food system, from the food we grow, to the way we manufacture, distribute, market and consume food.

Jo served as Parliamentary Private Secretary to the Secretary of State and Ministers at the Department for Business, Energy & Industrial Strategy till July 2021 when she resigned from the government role in order to fight for the button battery campaign in memory of her constituent toddler Harper-Lee Fanthorpe.